March 24th is a significant day for Megan’s House; on this day 5 years ago, The Megan House Foundation was incorporated as a 501c3 organization by the United States and the Commonwealth of Massachusetts. To put it simply, today is the day our non-profit officially turns 5-years old!

And what a ride it’s been. In those first 5-years, here’s just a tiny sample of what has been accomplished: 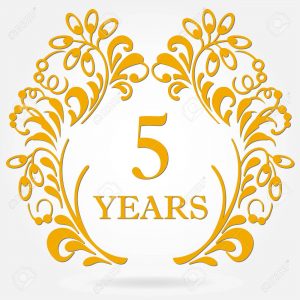 There’s so much more we could mention and even more yet to come. But it’s worth noting that none of these accomplishments would be possible without our dedicated staff or the courageous young women who fight every single day for their recovery.

Most importantly, none of this is possible without you, our generous supporters and community. Your love has truly made a difference in the lives of these young women. As we embark on the next 5-years of our journey, we pause to say;